The door imposes on the viewer a particular psychological presence because its continuous rotating motion, that envelops the characters depicted, never closes. The movement is also a metaphor for the technique employed: I first built the stratigraphic structure in plexiglas and then went on to photograph it, while making it turn on a disc, taking nearly 40 shots in different poses. From these images, a stereographic film was obtained, which I added to the completed artwork like a final layer that enters in combination with the sheets of plexiglas. 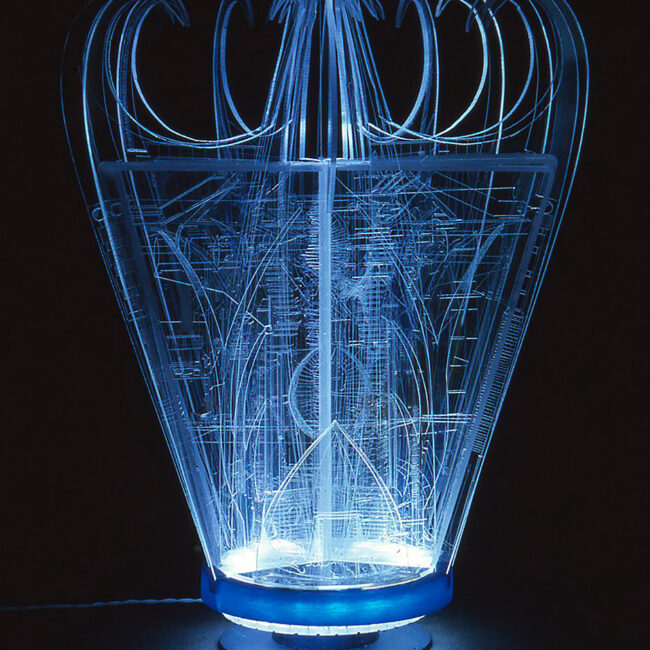 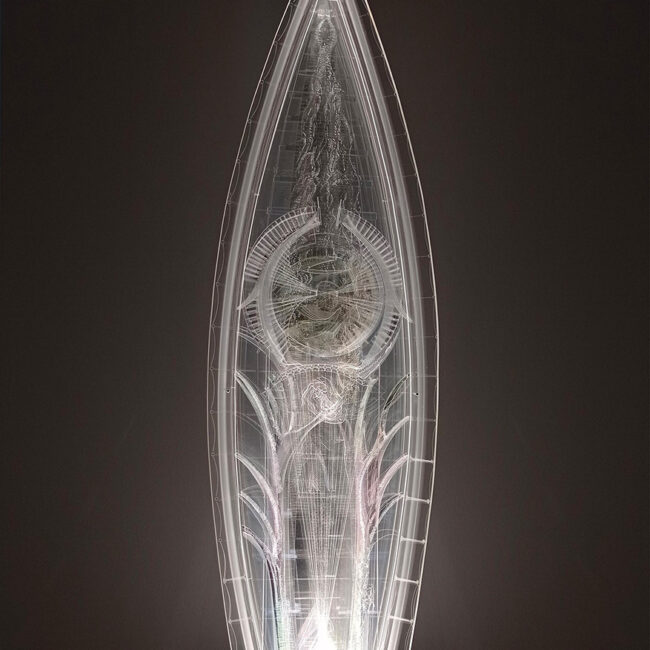 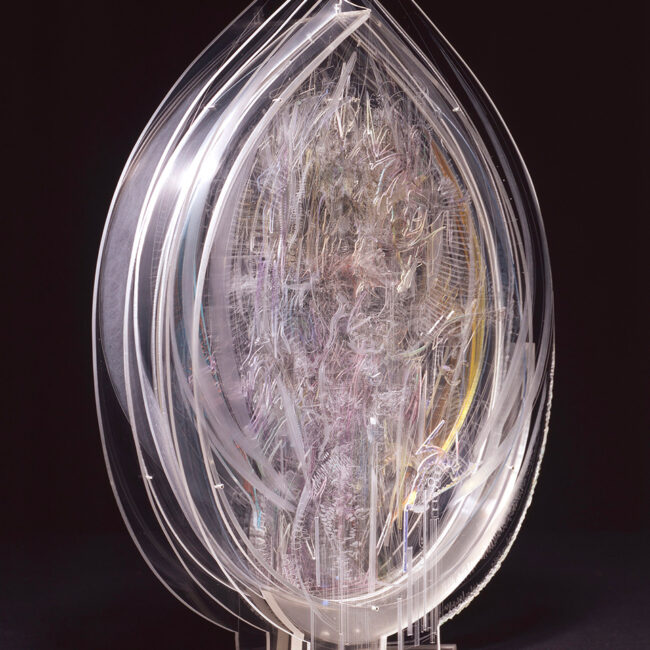 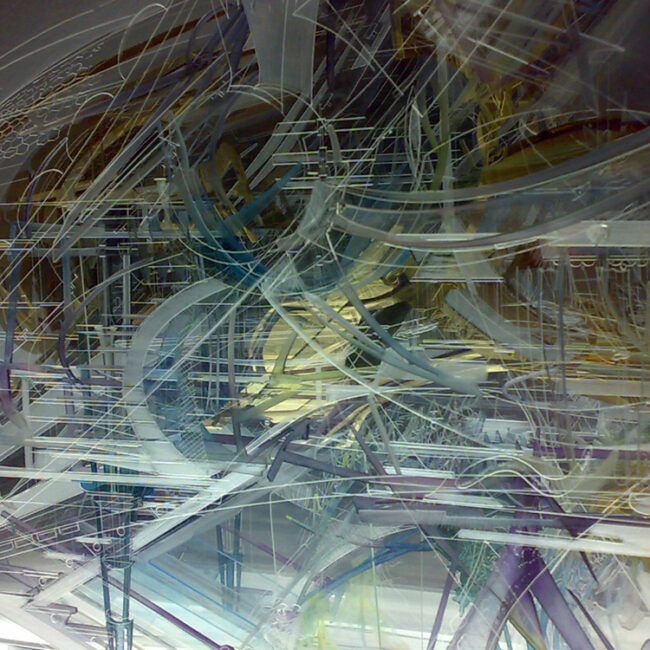