The story of the Hedgehog Man - The Story 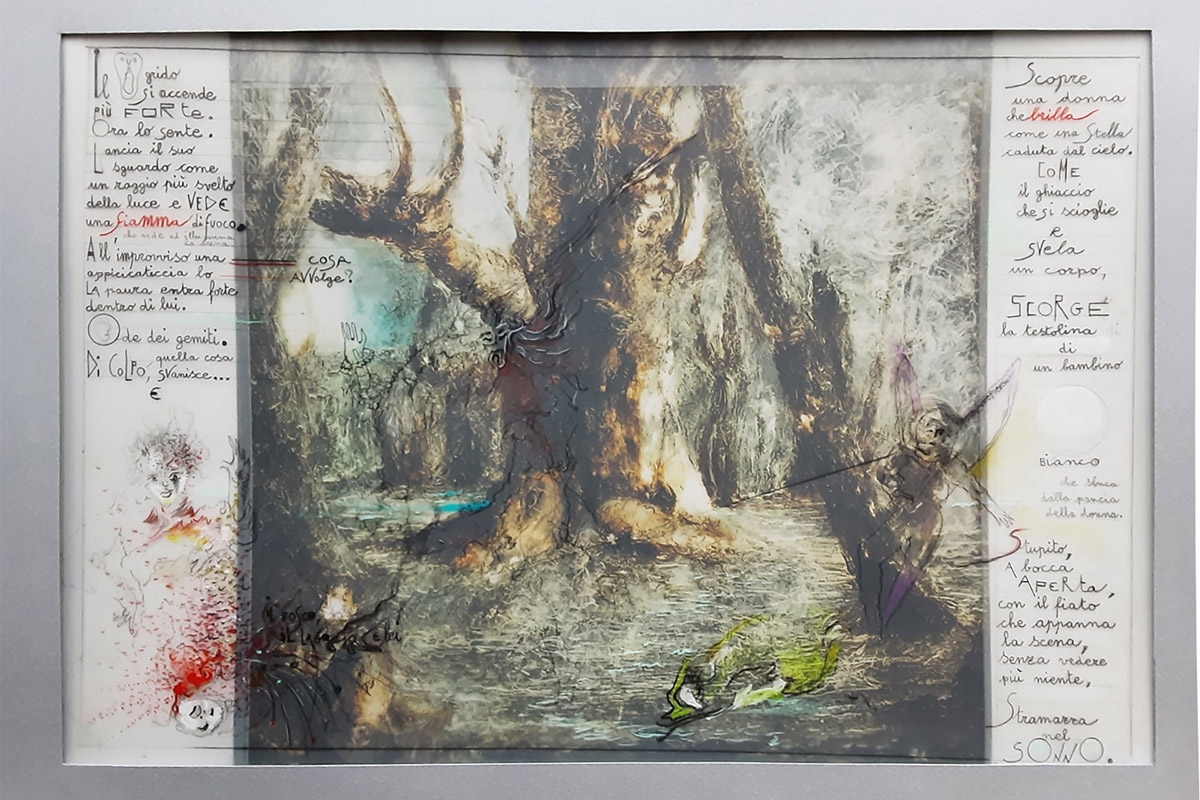 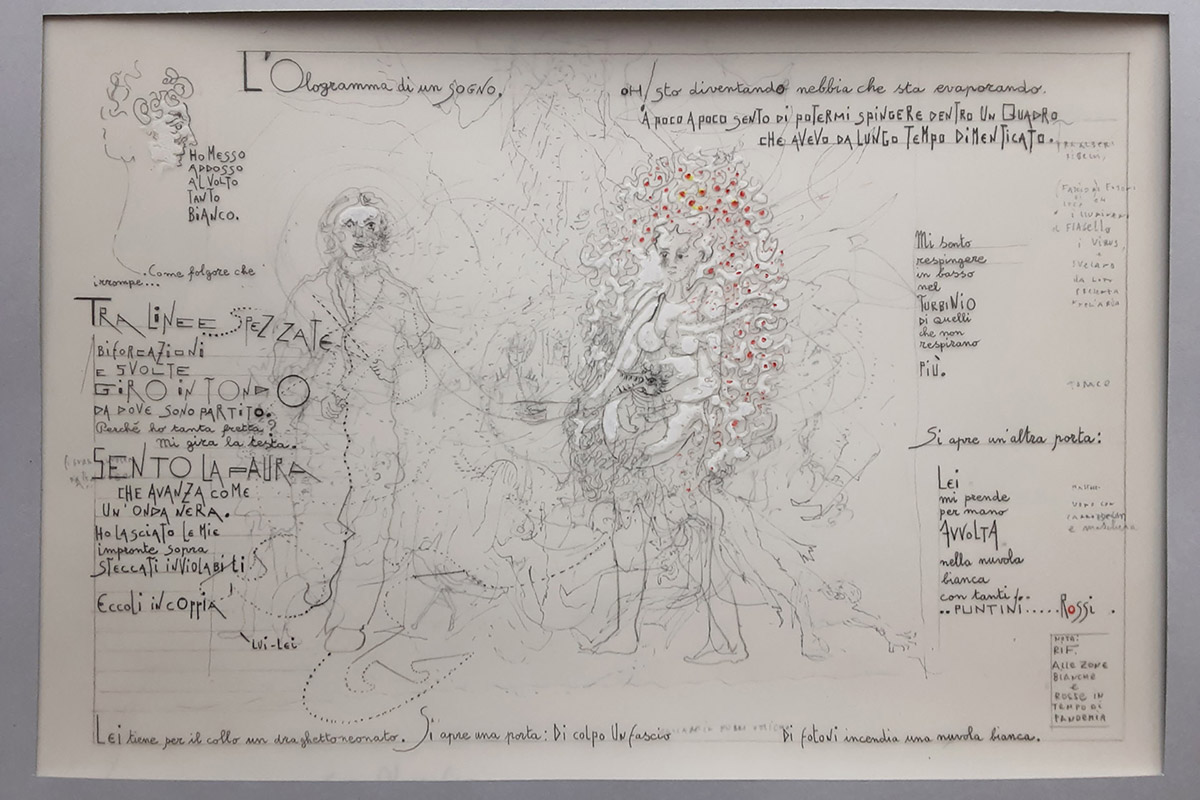 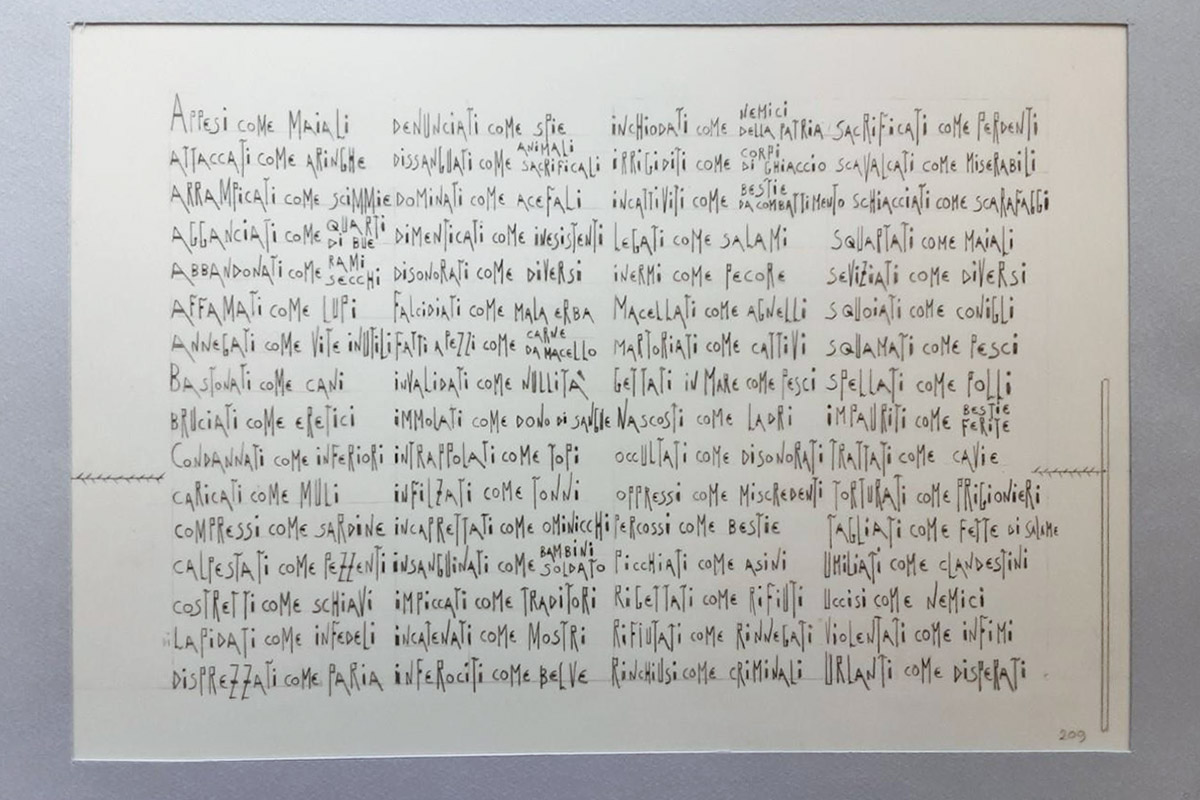 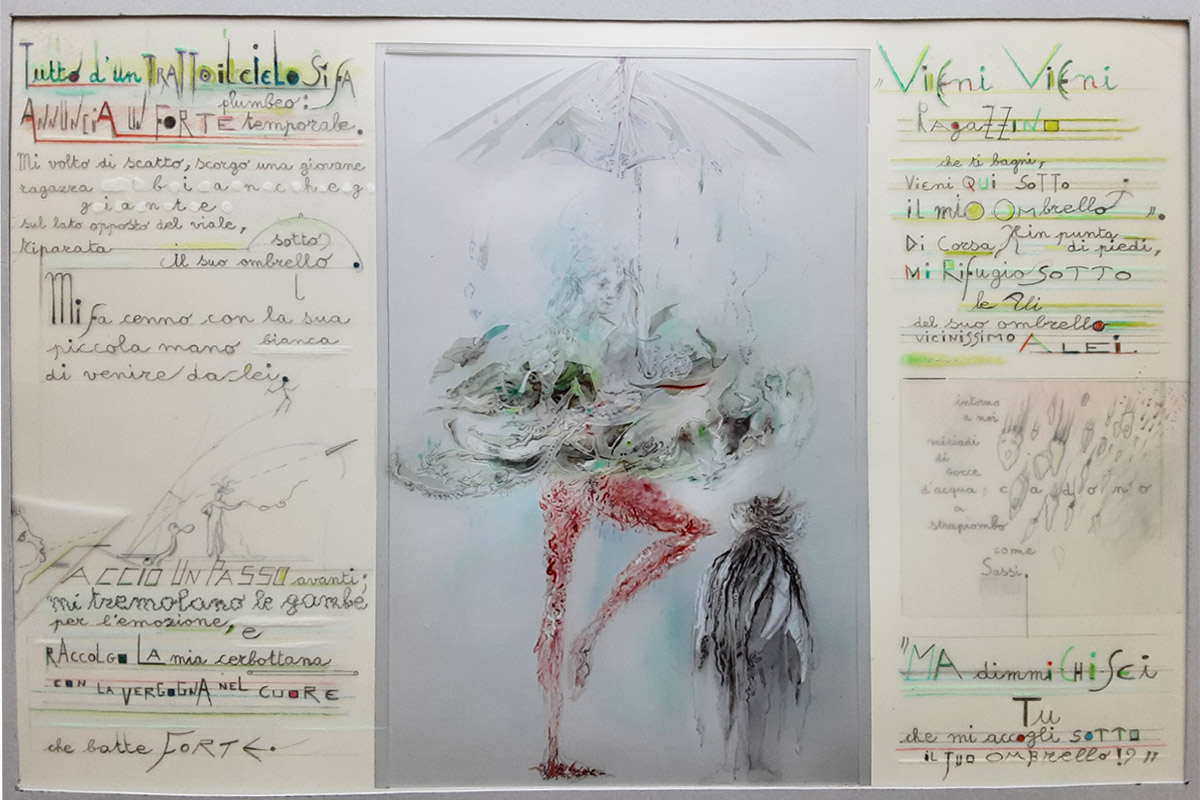 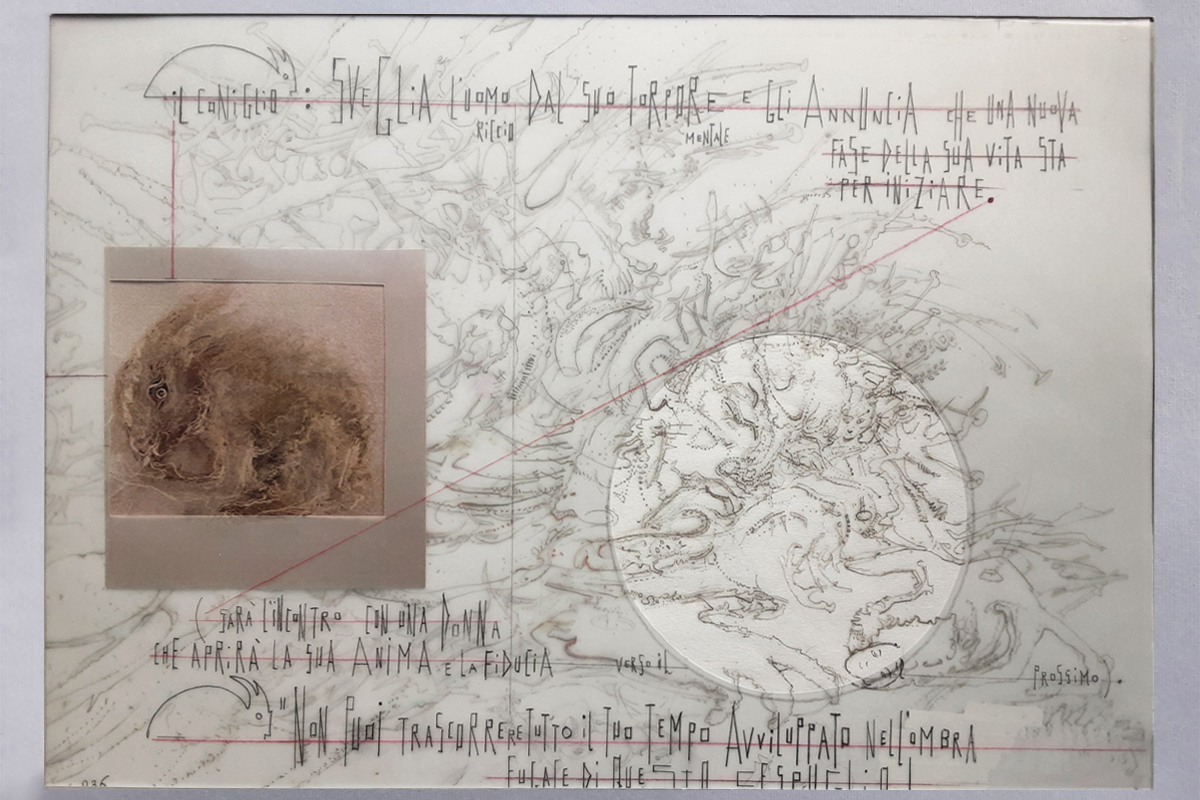 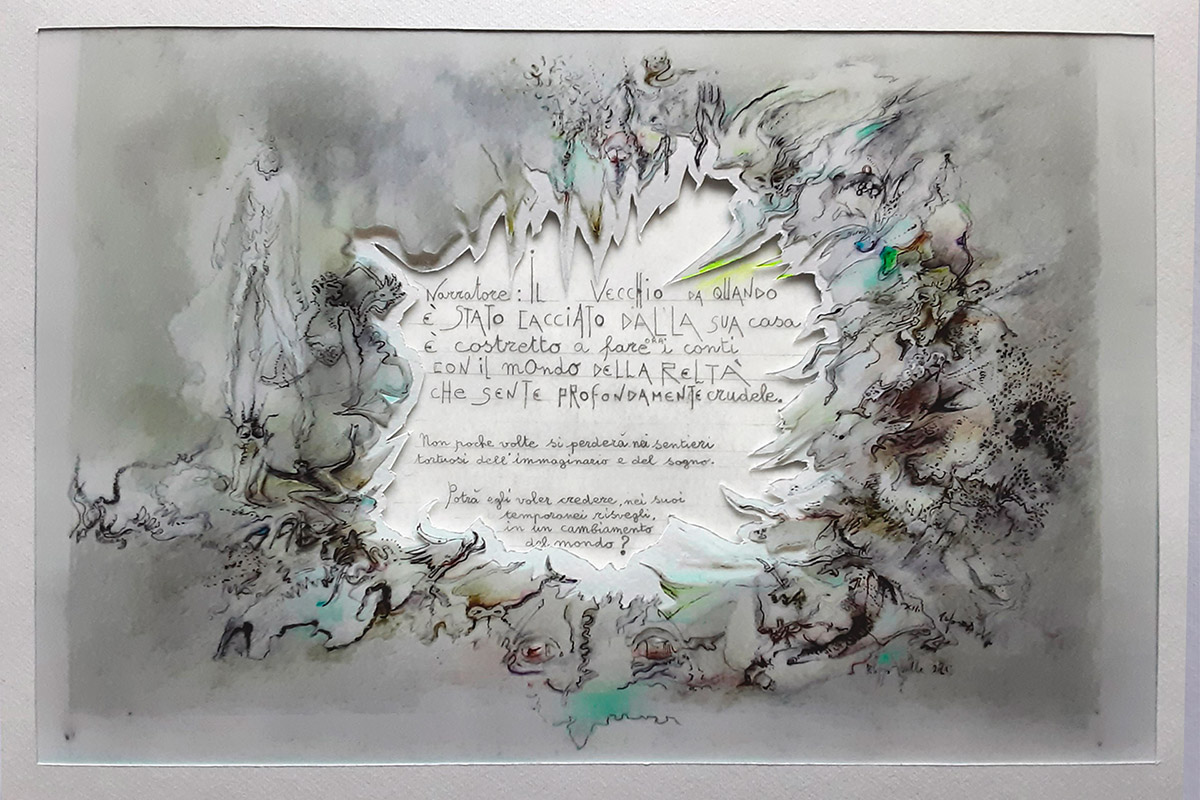 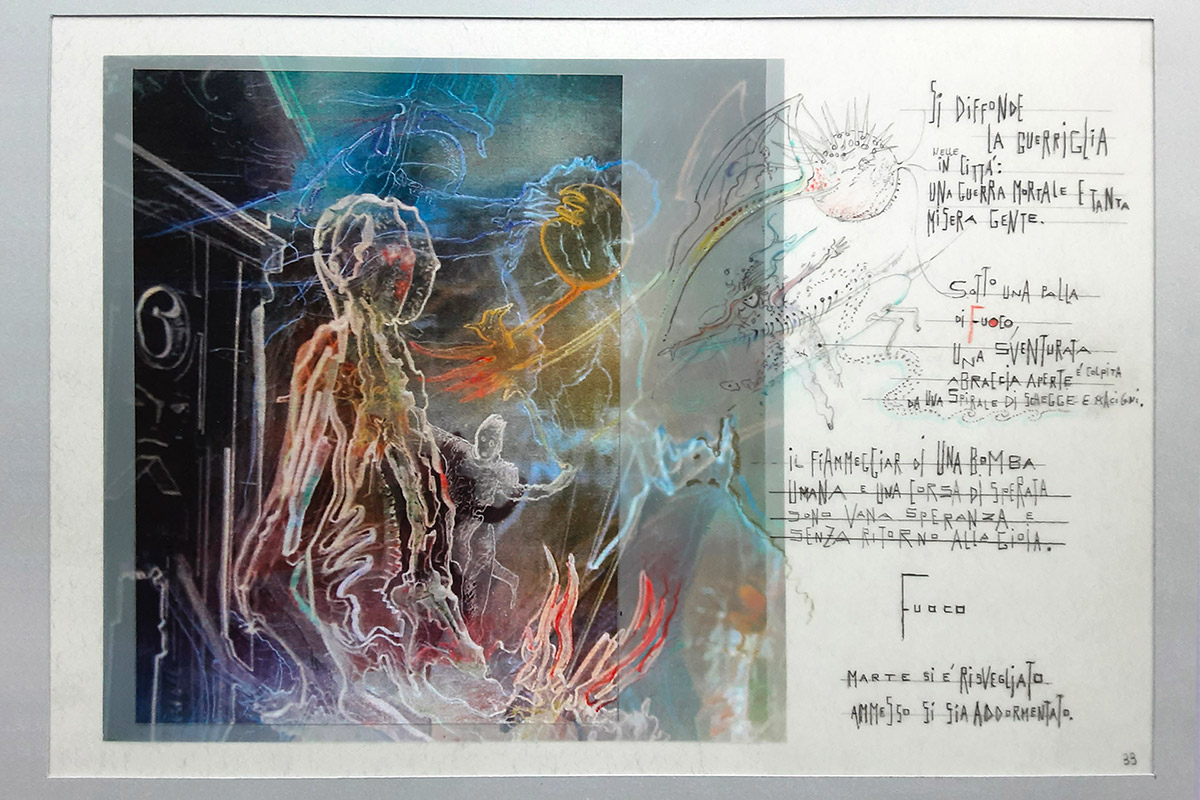 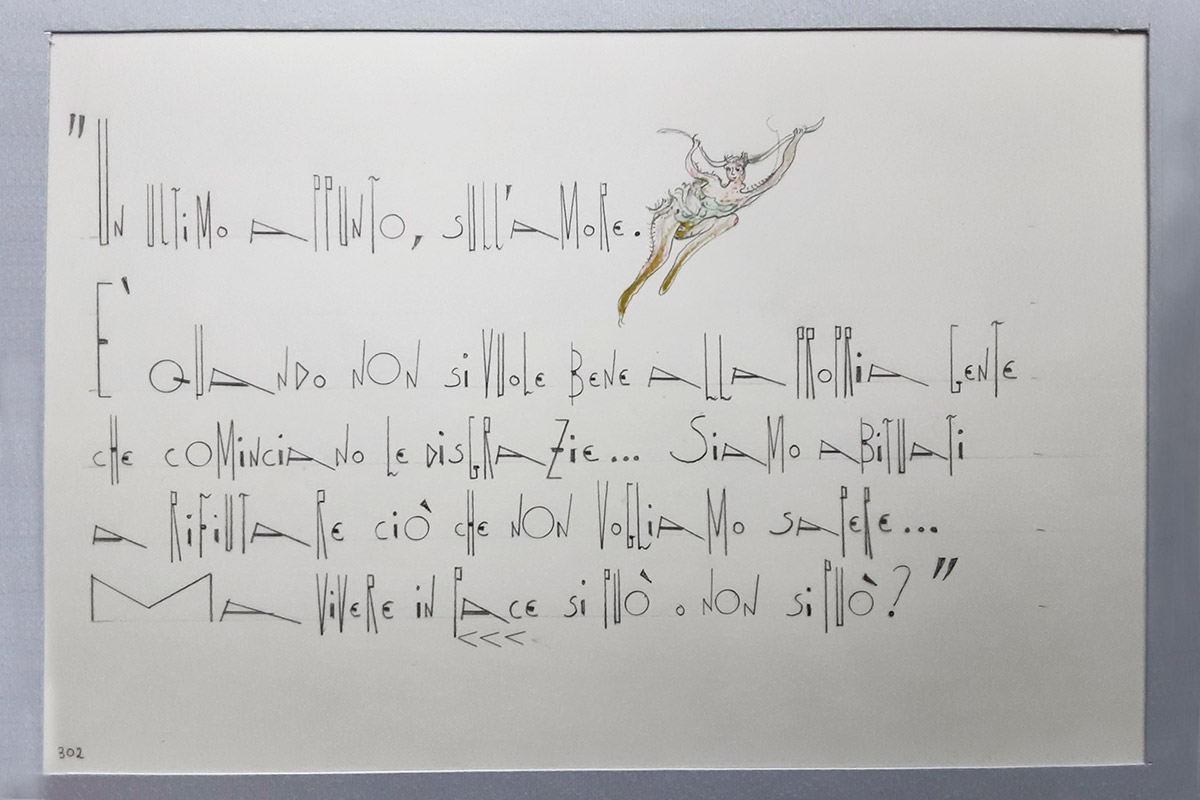 it all began in 2015, when I started to draft a theatrical script that I often discussed with friend and theatre director Maurizio Maravigna: the idea was to stage a series of sculptures (at the time 19) linked to the “Story of the hedgehog man: homage to Anna Politkovskaya”.
The story focuses primarily on the character of the old man (the “hedgehog man”) who I first encountered, as described in the introductory section, in the pages written by the journalist Politkovskaya, that are now collected in the volume Per questo. Alle radici di una morte annunciata (Adelphi, 2009). Forced to come to terms with a reality that he feels to be profoundly cruel, the old man loses his way a number of times, in the meandering paths of imagination and dream, but which ultimately bring him to reawaken with the desire to change what he sees. At a certain point I describe him as walking “bent over on the impossible future of the past”, underlining the mixing of narrative tenses that also project him in an agonizing game of mirrors.

The story thus develops and becomes larger in a progressive narration that is played out in a microcosm of details which intersect one another and become tangled, creating enigmatic ties that are almost impenetrable between good and evil, life and death.
While maintaining its primary “theatrical” objective, the text is slowly transforming itself into an autonomous work, where the story draws from the themes developed over the years in the concept of the Opera Unica (All One Artwork).

As of today, the text is about 400 pages (a 120-meter-long narrative visual ribbon), composed of a prologue and 11 acts, a total of 110 panels, with images drawn in both color and black and white, and with a calligraphy that at times expresses, through the drawing of each character, the meaning and intention of the concepts conveyed.

The photographic rendition of the details of each sculpture and of the large drawing in color (a final synthesis of the series) is the work of friend and photographer Laura Benaglia.

Discover the reasons behind this story