2011
Stratigraphic sculpture in plexiglas with led light incorporated in the base and Arduino mechanism for regulation of the light changes for the set design.
Diameter: Cm. 27 – Thickness: Cm. 7
Private collection

My story of the hedgehog man starts from here, from this memorable picture narrated by Anna Politkovskaya: “Moisej knows how to be a ‘hedgehog’. As soon as he hears a series of gunshots (…) he folds his legs to his chest, sticks his head in between his knees pointed like scissors and bends over, hunching his back in a funny way. On his dry spine, the vertebrae stick out like quills (…) he wanted to die. But death does not come for him.”*

Once upon a time there was an old man who lived peacefully in his house, but soon a global-perpetual war ensues: all against all. The war also breaks out in his city. The invaders occupy the houses of the inhabitants. By springtime, some strangers have chased him out of his lodging. Now he’s alone, roaming a city that he doesn’t consider his own: Grozny. I’ve chosen to entitle this work “Occhio” (Eye), for the setup of its frame and to underline the visual character of the story, both for the protagonists who animate it, as well as for the spectators who see it “on stage”. 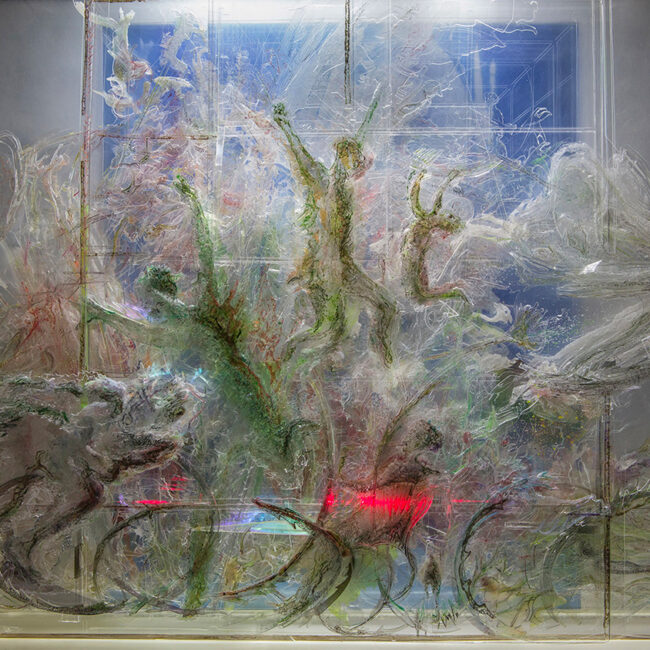 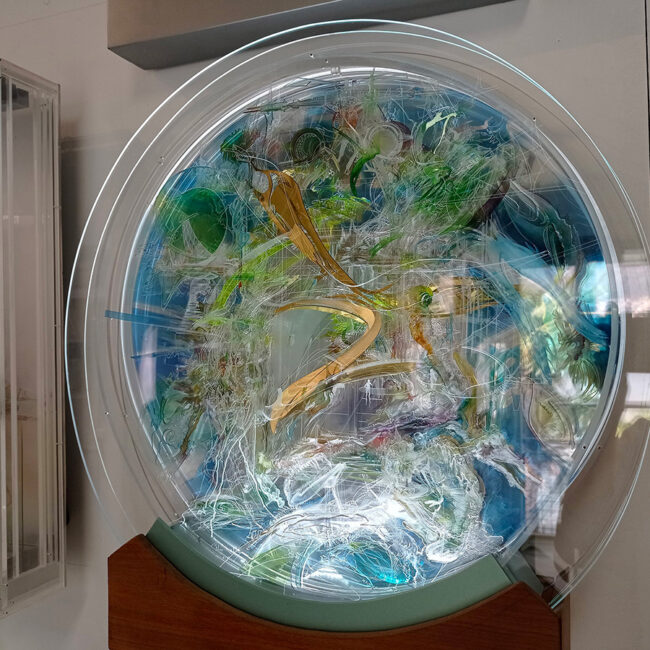 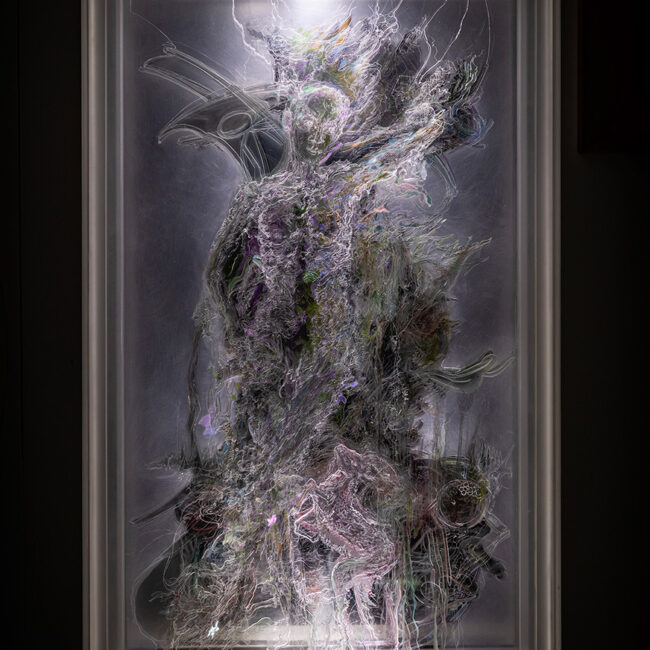